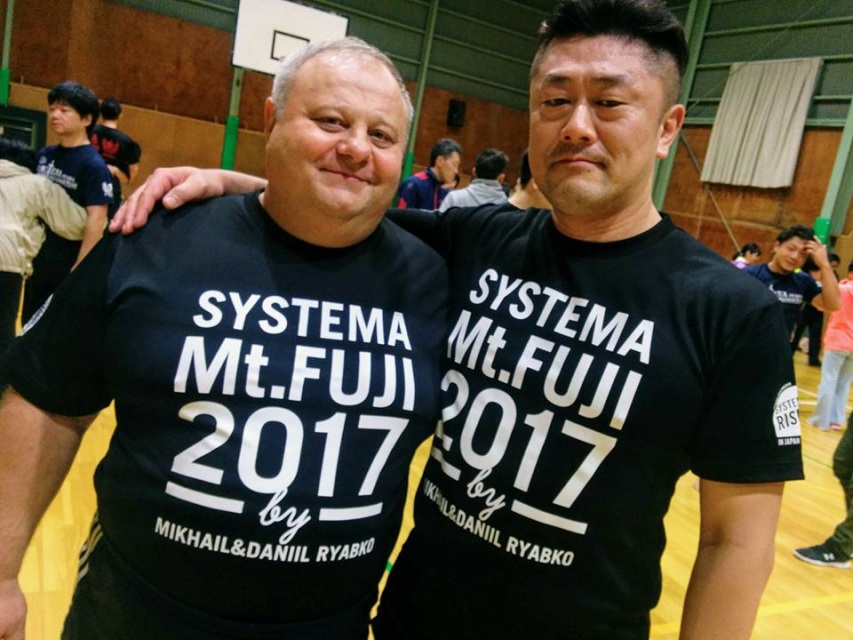 At the door (cash only):

He has a background in various martial arts, starting from age five,  with Kendo, Goju-rye Karate, and Judo. In the 1990’s, Ryo began studying Bujinkan.

After returning back to Japan in 2006, he participated in Mikhail Ryabko and Vladimir Vasiliev 2007 Systema Seminar in Tokyo, and he was honored by being named the first Japanese Systema instructor.

Ryo Onishi travels regularly to Moscow to train with Mikhail R. and to Toronto with Vladimir Vasiliev.

He also participates in and hosts both masters’ seminars in Osaka, Japan.

Nov. 2018 while visiting Vladimir V. in Toronto, Ryo was filmed leading his class and was produced in a video titled “From Relaxation to Power” by Systema Headquarters.

“Mr. Ryo Onishi is currently one of the most skilled Systema instructors in the world. His movements are smooth and powerful and his understanding of Systema is profound.

A truly humble warrior, Ryo does not try to show off his skills, but rather acts with integrity and always seeks further knowledge.

Ryo is a talented instructor with a sincere care for his numerous students. I highly recommend for people with any previous experience to train with him.”